We are happy to announce that Ping is pregnant with a new record! Temporarily titled “The Gazebo of Malevolence”, we suspect it will be a chart breaker that will dispel any financial worry, both for the band and the listener!

Hmm, did I not read this very sentence less than a year ago, the avid reader of thepingpage.com is telling himself while reading this post. Indeed you did dear reader! The humble writer merely cut’n’pasted the paragraph so that you could pride yourself with having a decent capability for memory, as well as an excellent taste in music.

That said, the introduction is no less true today; Ping is still pregnant with a record. Imagine The body of Ping, filled to the brim with organic and inorganic sounds, creative forces both malevolent and benign, just waiting to burst on the scene in a sonic psychedelic parturition hitherto unheard of.

How long is a musical gestation period, you might enquire? A valid question that is seldom posed, the answer to which might possibly be calculated through the use of advanced algorithms and non-scientific statistics. I probably need not remind you that the average gestation period for a mouse is 20 days, baboon 187 days, human 259-294 days and elephant 600-660 days! 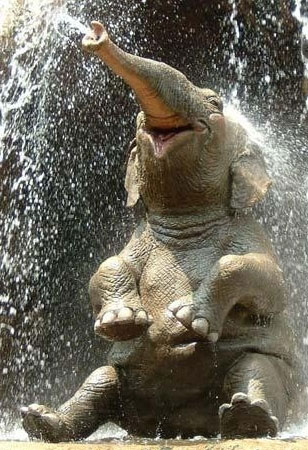 Heeding this, we may conclude that the coming album will not resemble any mouse or ape. It will definitely be trans-human, and (bear with me) it might very well be elephantastic…

Stay tuned and sing along – maybe in May, we’ll be gay on the bay!

The Usurpers of the Afterlife (The Zigzag Manouvre, 2020)